Philip K. Dick arrived in Canada on February 16th, 1972, as guest of honour for the 2nd Vancouver Science Fiction Convention (VCON-2), an all-expenses-paid invitation, jointly sponsored by the science fiction societies of Simon Frazer University and the University of British Columbia. He was 43 years old, the author of 36 novels, and his life was in a mess. His fourth wife Nancy had recently left him, along with his second daughter Isa; his bungalow in Santa Venetia had become a half-way house for street kids, felons and junkies whom he had invited home; he had recently fallen in love with a street-smart “Dark Haired Girl” called Kathy; he had a serious amphetamine addiction; and four months before his trip to Canada the safe in which he kept his most valuable papers and collections of sci-fi magazines had been mysteriously “blown up” in what seemed like a botched burglary attempt. Given the deepening dysfunction of his life in California, the invitation  arrived like a message from heaven.

Spurred by his love for Kathy and the promise of respectable literary recognition at last, he dived into writing for the first time in months. To Mike Bailey, the main organiser of VCON, Phil contributed a  personal profile in advance. Written in the third person, it concluded: “He is currently working day and night on his new novel simply called Kathy, named after the girl he is bringing with him to the Vancouver Science Fiction Convention. He had meant to bring with him someone representing the youth of America, but Kathy, he feels, represents more; all youth, all life to come in later time. The novel really does not exist as yet, except in his head, but Kathy does, and he hopes the people at the convention will welcome her and like her.” But Kathy had other ideas. At the last minute she traded her tickets for cash. Phil, dejected once again, took the plane to Vancouver alone, wearing an old raincoat and carrying only a battered suitcase and a bible.

The convention, whose previous guest of honour had been Phil’s sci-fi colleague and fellow alumna from Berkeley High, Ursula Le Guin, was held at the Biltmore Motor Hotel in Mount Pleasant, Vancouver, home to the Biltmore Cabaret, which Phil visited shortly after checking in. The next day he attended a prestigious UBC Faculty Club luncheon in his honour. There he gave the first presentation of the essay he had been working on since receiving his invitation: The Android and the Human: A Contrast Between the Authentic Person and the Reflex Machine. Having received a standing ovation from faculty and students at UBC, Phil gave the talk again at the convention the following day, which was received enthusiastically once more. By the end of the second day, Phil had made up his mind to stay in Vancouver.

On the final day of the convention he met Jamis, a maths student from Simon Fraser university who fitted his beloved Dark Haired Girl archetype perfectly: young, emotionally damaged, frightened, full of half-crazy ideas and far-out dreams. They went out to the strip-clubs and bars in Gastown, dancing to Credence Clearwater Revival songs and chatting passionately about UFO’s, God, philosophy and the esoteric secrets of the ancient Egyptians. Inevitably, this new Dark Haired Girl seemed to be the one he had been searching for all his life. But only a few days after their meeting, fearing Phil’s emotional and amorous intensity, Jamis decided to return to her family home in a logging town on the northern coast of BC. Abandoned yet again by a woman he had hoped would bring spiritual salvation at last, Phil fell back into his “tomb world” of despair.

On the second day of the convention, having made public his desire to remain in Vancouver, Phil had been invited to stay with Michael Walsh, a journalist for the Vancouver Province, and his wife Susan, at their home in the city. Michael, who was 26 at the time, had made a name for himself popularizing the ideas of Marshall McLuhan. He was convinced that science fiction was about to be recognised as a serious literary genre. Susan was an avid sci-fi fan, who was more than happy to have such a formidable exponent of the art stay with them. Together Phil and the Walsh’s took in the Vancouver tourist sights: English Bay, Stanley Park and the planetarium at the MacMillan Space Centre, where Phil was captivated by George Norris’s giant stainless steel crab sculpture. 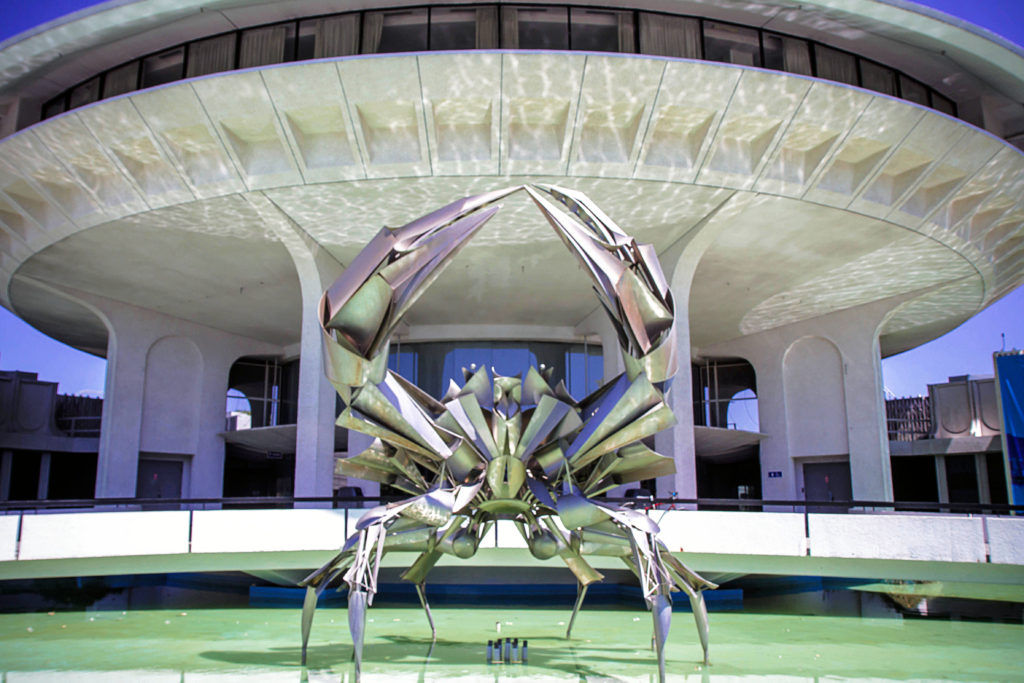 The Walsh’s found Phil to be an amicable, bear-like character, who was immensely stimulating to be around intellectually. He was also prone to extreme and unpredictable mood swings, often triggered by perceived insults or sleights. He tended to speak in concepts, much as McLuhan did, and like the media-guru he was constantly sending probes into the psyches of those around him, seeking out their emotional blind-spots and moral contradictions. One evening, expecting Phil to respond positively, Michael played him the vinyl recording of McLuhan’s The Medium is the Massage. After 10 minutes Phil begged him to turn it off, saying it sounded like the inside of his head.

Phil stayed on the Walsh’s couch for several days before finding his own rented apartment on Cornwall Avenue at Kits beach, close to the McMillan Space Centre and the giant crab. Although he continued to visit the Walsh’s and accompany them to dinner parties, the first blush of Vancouver was starting to fade. The new people he was meeting were mainly “executive hippies”, lots of long hair and dope, but untouched by the realities of addiction, poverty and the Vietnam War, and happily raising families, driving new cars and living comfortably in high-rise apartments. Phil’s testing behaviour eventually started to wear on the Walsh’s. But it was Susan who bore the brunt of his manipulative personality. During dinner at a friend’s house, the host pulled Michael aside and asked if he realised that Phil was hitting on Susan. Yes, he said, but he didn’t mind because he knew Susan wasn’t interested. Susan was however beginning to feel the effects of Phil’s constant attention and flattery. “You do realise you’re falling in love with me”, he asked her at another party. “Yes, I guess I am” she replied. Although, like most of Phil’s relationships at the time, the infatuation remained entirely Platonic, his affection for Susan eventually spilled over into open hostility towards Michael who he accused of being a third-rate writer and unworthy of such a beautiful and intelligent wife. It became clear to the couple that his intention was to break up their relationship. Michael reacted angrily, as did Susan, and they told him to leave. This was the last time they would see him.

In a BBC radio interview from 2017 the Walsh’s reflected on Phil’s behaviour at the time. Susan likened his attention-seeking to that of a two-year old child who throws something to the ground, watches the adult pick it up, and then thinks: “Look, I’m controlling them!” She also associated Phil’s behaviour with the personalities described in Robert Hare’s Without Conscience: The Disturbing World of the Psychopath. Hare’s description of beings who are unable to feel empathy due to a genetic abnormality fitted Phil’s personality disturbingly well. Like them, he tended to wreck other people’s lives, amplified any harm done to himself vastly out of proportion, yet was able to inflict harm on others with no apparent remorse or conscience. His constant probing and testing of others, she speculated, was based on a profound sense of his own inauthenticity. If he could fake being a human so well, how did he know that everyone else wasn’t doing the same? It was an idea Phil himself had represented in several of his works, most notably  his 1968 novel Do Androids Dream of Electric Sheep? which contains the Voigt-Kampff device, famously depicted in Blade Runner, which detects the difference between androids and humans based on their autonomic empathy reactions. (Another version is the James Benjamin Proverb Test in We Can Build You (1969) used to detect for schizophrenia, a condition closely associated by Phil with the android and its lack of empathy).

A few days after the Walsh’s had thrown Phil out of their home, Susan received a phone call from Phil. He told her that he was going to “turn out the lights”. Not recognising the euphemism, and assuming he just wanted to go to sleep, she wished him good night and hung up. He had in fact just taken an overdose of potassium bromide with the intention of taking his own life. 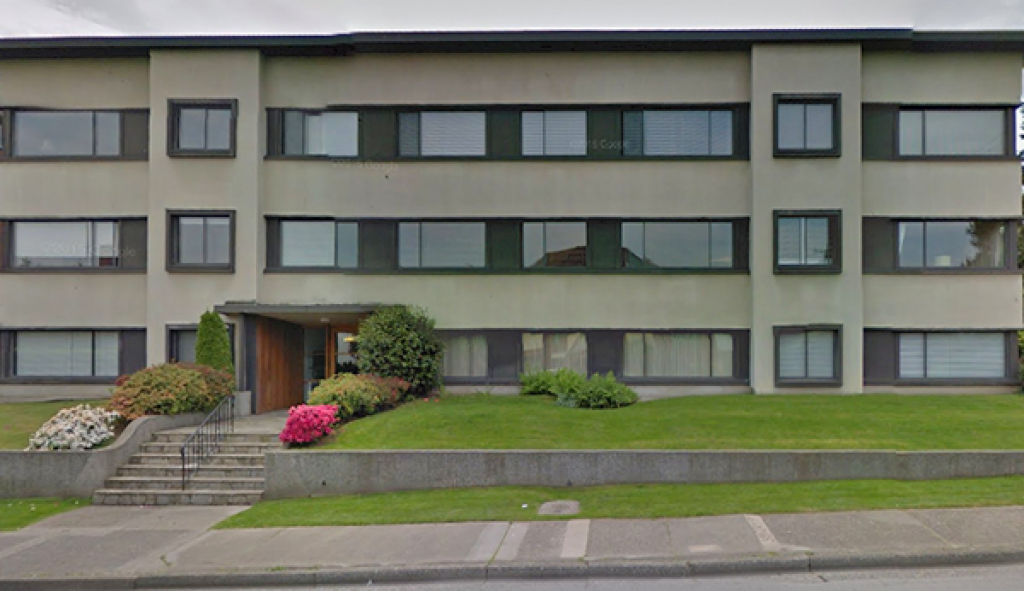